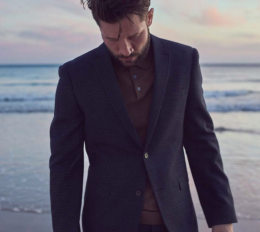 Why clothing will get clobbered in the Brexit price fight

Why clothing will get clobbered in the Brexit price fight

In the wake of the pound’s slump – down 18% against the US dollar since June – retailers have been queuing up to warn of price rises. Next started the stampede in August with a warning of a 5% price hike in next Spring, while the grocers have also joined in the chorus, with one senior supermarket executive quoted in a national newspaper warning of similar food price increases. Overall, consumer price inflation is expected to reach 3.0-3.5% next year. But which retailers will come off worst if price rises do take off as expected?

With fuel prices linked directly to world markets, petrol forecourts have already seen prices rise, with forecasts of a jump of a further 5p extra per litre from the Petrol Retailers’ Association. Food retailers import 47% of what they sell, according to the British Retail Consortium, and they too face a big jump in buying prices. However, both of these, being essential, unavoidable items in consumers’ budgets, have low price elasticities, meaning that if they cost more, it has little effect on how much they buy of them. Providing they all move at the same time – not a given with the presence of Aldi and Lidl – the grocers have a chance to push through price rises to compensate for rising costs.

Other retailers do not face the same situation, however. Clothing, being a discretionary item, has a high price elasticity of around 1.1, with a 1% rise in prices leading to a 1.1% fall in demand, while according to ConsumerCast data, household goods and services are even worse with an elasticity of over 1.2. But while the UK still has a substantial furniture industry, supplying half of domestic demand, it now imports almost all of its clothing. With greater import exposure, high price elasticity and an audience skewed towards the pressured 30-49 age group, brands like Next and George at Asda are likely to be right in the firing line next spring if they try to up their prices, with squeezed margins and sagging sales.