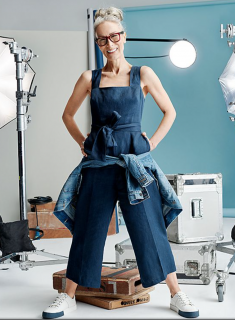 There’s a group of UK households that is growing in number, spending more than ever, both on consumer goods and on ‘experiences’, that is tech savvy, overwhelmingly owner-occupier and prone to splash out on anything from cars to expensive holidays. You’d have thought marketers would be falling over themselves to court them, yet they rarely appear in adverts and certainly are not central to most consumer brands’ or retailers’ strategies. Who are they? Britain’s version of the US ‘boomers’.

Apart from a brief blip in 1947, after demobbed British troops came home from war, the UK birth rate did not leap in the 1950s as it did in the US, as Britain struggled under post-war austerity. It was not until the 1960s that the economy really got going and the baby boom started. These ‘late boomers’ are now in their fifties and early sixties. They are overwhelmingly (75% of 55-64s according to the English Housing Survey) owner-occupiers, and as such, if they haven’t already finished paying their mortgages (47% own outright) have had a huge boost from a decade of low interest rates. They have also escaped the slump in real incomes that has predominantly affected younger cohorts.

ConsumerCast’s research shows 50-64s have seen their spending on recreation and culture, directly booked travel and restaurants and hotels boom in the last five years. They have also spent on their homes and on luxury and convenience foods. Yet marketers in most cases struggle to understand their spending power, let alone grasp their needs or interests and still less work out how to attract them as customers.

ConsumerCast has teamed up with global trend experts WGSN to examine some areas of this growing demographic’s consumer behaviour and look at what the opportunities (WGSN UK Boomers: Spending Priorities) or alternatively, look out for ConsumerCast’s new report on Experience spending, out later this month, which shows how they are driving growth in this area.