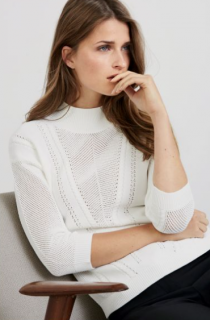 Next: The worrying decline of the 30-49s

Next: The worrying decline of the 30-49s

Next’s thoroughly disappointing trading statement, in which it disclosed poor full price sales figures in the run up to Christmas, a warning on current year results and an expected 8% decline in its pre-tax profit for 2017/18 has been blamed on all sorts of things. Next itself said that there was a ‘cyclical slowdown’ in spending on clothing and footwear that would continue into next year.

In fact, over the long run, clothing and footwear is not losing share either of retail sales or of consumer spending, but may in fact be gaining. In the short run, while 2016 was undeniably a hard year for the sector, it came after strong performances in 2014 and the first three quarters of 2015 and was led by especially tough adverse weather patterns. However, these factors – tough comparatives and difficult weather – were absent in the fourth quarter. And besides, no-one apparently told either Jigsaw or John Lewis that the overall fashion market is in decline, since both showed strong or moderately positive trading in the category in the run up to Christmas.

Given that Next itself has consistently proved itself a thoroughbred among retailers in terms of its strategic direction and operation, it is unlikely that it is the way the retailer is being run that is the main contributor to its problems. In fact, the most likely answer is its uniquely high level of exposure to one of the most financial fragile and burdened demographics in the UK – the 30-49 household. This group is either facing rising housing costs from rent among those households priced out of ownership or is hugely burdened by mortgage debt, with this age group paying around 63% of all interest paid, or around £37bn a year.

While the 30-49s benefited from big falls in unemployment in 2013 and 2014, coupled with continued declines in mortgage rates being offered by lenders, the benefits from both of these major factors have worked through into these households’ spending already. Now, the underlying factors of stagnant demographics, low wage rises and living cost pressures, especially from housing, are coming back through again and posing some real fundamental questions about what audience Next can profitably target. Until now, it has overcome these considerations with sheer excellence of execution and efficiency, but with the UK economy apparently set for a slowdown and its key audience, the 30-49s likely to suffer more than most, it may be forced into a big change in strategic direction.