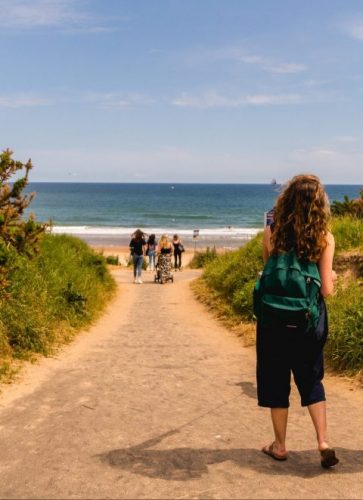 British shoppers resign themselves to a staycation summer

British shoppers resign themselves to a staycation summer

Ignore reports that retail sales, as measured by the UK Office for National Statistics, “fell” in May. On the only basis that make sense, against the same month two years ago, they actually boomed, up 11.7%, even faster than April’s rise of 10.4%. British consumers, with plans for foreign trips plunged into “amber list” limbo, have resigned themselves to a summer either holidaying in the UK or staycationing, making the most of their home environment and opportunities for leisure nearby. Hence the rise was led by the key home-related categories of furniture, electrical and DIY.

So does this mean that UK retail is set for a prolonged boom in summer 2021? Probably not. First of all, May saw grocery sales growth fade as consumers took the opportunity to go to restaurants and bars as indoor spaces opened up again. Should the current wave of the Delta Covid variant be quelled and the UK Government procede with the delayed “Freedom Day” removing the last restrictions, this effect will intensify. It will also shift people’s attention further from their homes and towards away-from-home activities.

Secondly, if the latest wave of Covid does tail off, the UK government will come under heavy pressure to open up foreign travel in a way it has failed to so far. ConsumerCast figures show that UK consumers spent £100bn on foreign travel including both package holidays and independent trips, precisely double the figure they splashed out in 2010. If that spend is redirected away from the home, extra savings and retail expenditure, it could put a big dent in the retail sector’s current outperformance.

Finally, home-related spending is being given a huge one-off boost from the buoyant property market in the run up to the Stamp Duty deadline on 30 June. Once this is passed, there will be a significant post-party hangover, hitting big-ticket domestic purchases and home improvement alike.

In short, retailers should be secretly wishing for the government to hold up on relaxing foreign travel restrictions. It would be the single biggest thing it could do to boost the retail recovery from Covid-19.