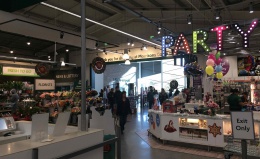 A retail boom based on borrowing? No, it’s just consumers catching up.

A retail boom based on borrowing? No, it’s just consumers catching up.

Despite all the predictions of post-Brexit meltdown, Britain’s retail sector is booming. October sales volumes were up 7.4% year-on-year, the fastest since April 2002, with sales value (the amount spent, the bit that really matters to retailers) up 6.6% year-on-year. Oh, but it’s all down to borrowing and is therefore unsustainable, according to one BBC commentator. But is it really?

Here is why this viewpoint is wrong. Go back a year to last autumn and retail sales values were deep in the doldrums as consumers made the most of plummeting prices. The amount spent was up just 0.5% year-on-year last October. So over two years to this October we’ve seen growth of 7.1%, or just over 3.5% a year. In the mean time, net income has grown by nearly 9% as unemployment has fallen, more people have moved into work and government tax revenues have fallen behind target, leaving more money in consumers’ pockets. So the answer is that consumers are merely catching up with last year’s underspend relative to income. Headline borrowing figures, although increasing, are only a tiny and much smaller part of the puzzle compared with the bigger picture of net earnings, above all from employment.

What does this mean? It means that most consumers are well able to afford their current splurge and that it is likely, barring major weather and other non-economic events, to indicate a strong performance for the rest of November and December.